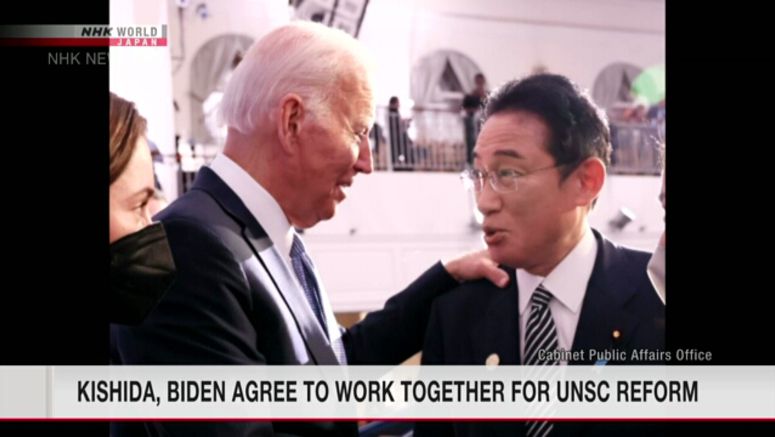 Japanese Prime Minister Kishida Fumio and US President Joe Biden have confirmed that they will work together to reform the UN Security Council.

The two leaders are in New York for the UN General Assembly. They held brief informal talks after a meeting hosted by the US on increasing contributions to a global fund for fighting AIDS, tuberculosis, and malaria.

Kishida told Biden that he highly welcomed the president's address to the UN General Assembly that mentioned the need to reform the Security Council.

They confirmed that they will work to strengthen the Japan-US alliance amid an increasingly severe international security environment, shadowed by China's growing assertiveness in the East and South China Seas, and Russia's invasion of Ukraine.