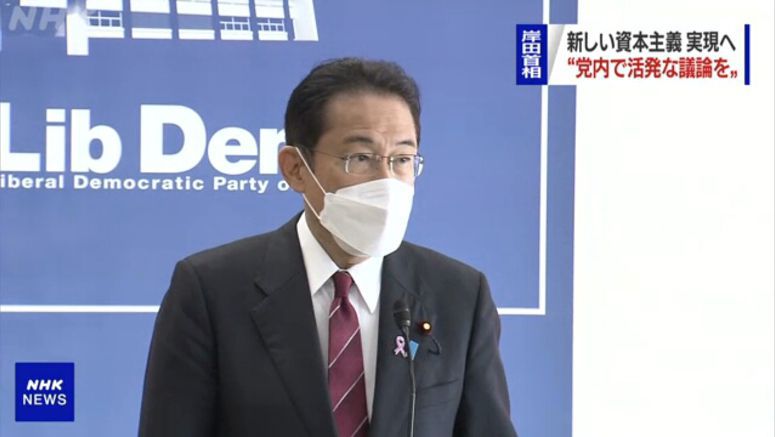 Japanese Prime Minister Kishida Fumio has called on members of his governing Liberal Democratic Party to actively debate ways of realizing what he calls a "new capitalism."

On Thursday, about 80 lawmakers attended the first meeting of the LDP taskforce to implement Kishida's key policy goal. Kishida heads the taskforce.

Kishida said that people around the world are seeking a new social economic system, under which the middle class is firmly protected and businesses and governments make bold investments.

He said he wants to ignite a virtuous cycle of growth and distribution, with the government investing boldly in areas of science and technology, digital and economic security and with the public feeling the fruits of growth.

He added that a separate government panel is working to come up with a grand design for implementing his new capitalism by the spring of next year.

He said he wants the taskforce to engage in active debate and offer the party's opinions to the government panel.

He said the LDP's taskforce and the government panel will together promote discussions on a new capitalism.

The LDP's taskforce also plans to hear from experts before drawing up its proposals for concrete measures.