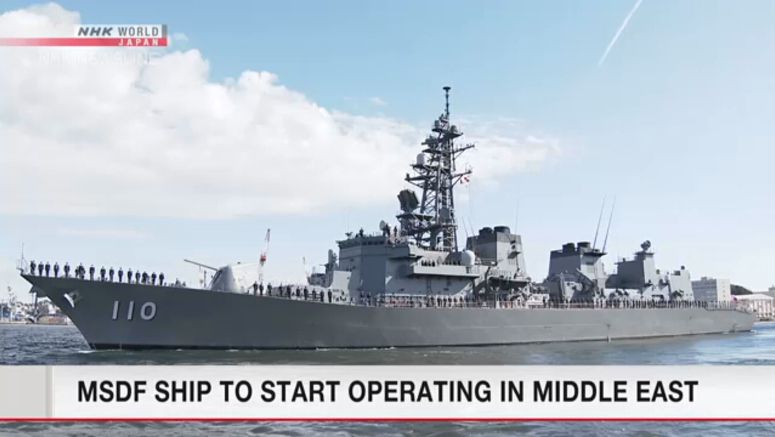 The government dispatched the destroyer Takanami and aircraft to the Middle East for an intelligence gathering operation to safeguard commercial ships with links to Japan. The Takanami left the Yokosuka base, near Tokyo, on February 2.

Kono told reporters on Tuesday that he was briefed on the current situation in a teleconference that day.

He said there will be no major change in the Self Defense Forces' mission. He added that he believes the intelligence gathering activities will start smoothly.