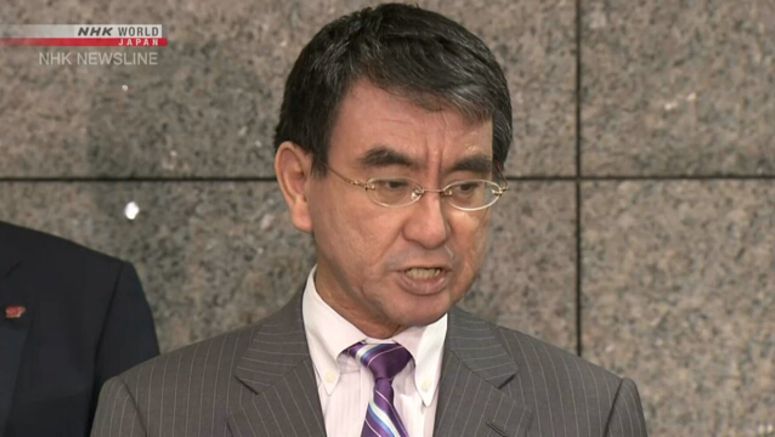 He told reporters on Tuesday that the projectiles were fired within a minute of each other and flew about 240 kilometers at lower trajectories than the scud missiles North Korea possessed in the past.

A reporter sought Kono's comment about photos North Korean media presented, which show what appear to be more than two projectiles.

Kono said that in addition to short-range ballistic missiles, rockets from multiple-launchers may have been fired. He added that Japan needs to comprehensively improve its air-defense capabilities.