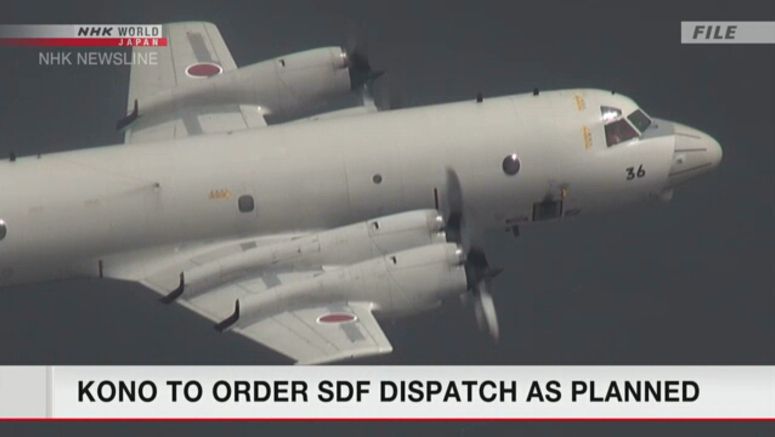 Japan's Defense Minister Taro Kono will order the dispatch of a Self-Defense Force mission to the Middle East on Friday amid heightened tensions in the region.

The move is aimed at increasing intelligence-gathering capability to ensure that commercial ships with links to Japan can safely navigate waters in the Middle East.

Japan's Cabinet approved a plan late last month to send a destroyer and two patrol aircraft to the region.

A patrol plane unit will leave Japan on Saturday and start collecting information later this month. The destroyer will depart Japan in early February and begin its activities later in the month.

Japan plans to share the information it obtains in the mission with operators of Japan-related vessels and other nations, including the United States.

Kono observed a map exercise at an SDF facility in Tokyo on Thursday. The drill was meant to prepare the SDF mission for unpredictable situations.

He instructed SDF members to make thorough preparations for the operation.

Also on the same day, Kono told Iran's defense minister Amir Hatami by phone that Japan will go ahead with the dispatch as planned.