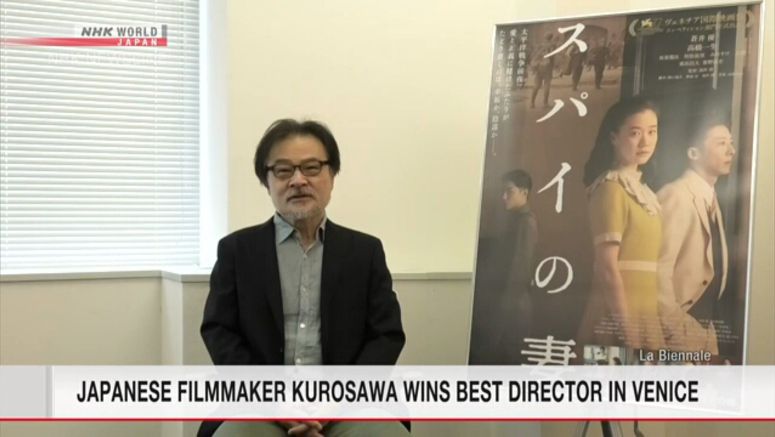 Kurosawa's movie "Wife of a Spy" is set in 1940, before the outbreak of the Pacific War.

It's about the wife of a man who discovers a state secret and is accused of being a traitor.

The motion picture was among 18 entries vying for the top prizes. The Venice Film Festival is one of the world's three most prestigious cinema events.