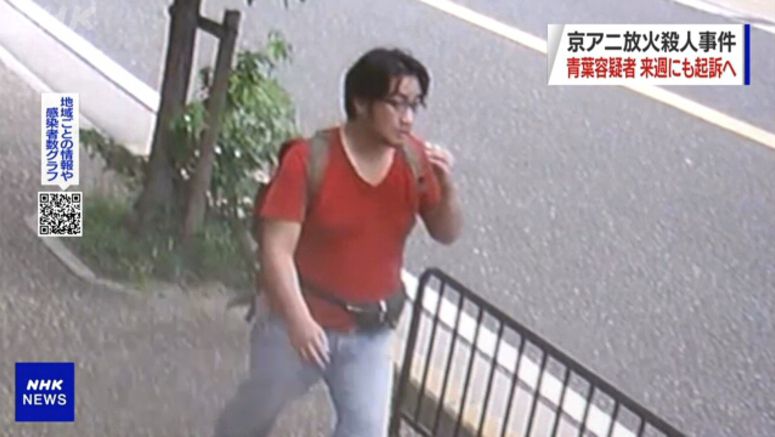 Japanese prosecutors are expected to indict the suspect in the deadly arson attack on Kyoto Animation last year, following his detention for psychiatric analysis.

Aoba Shinji is accused of setting fire to the studio in the city of Kyoto, western Japan, killing 36 people and injuring 33 in July last year.

Police arrested the 42-year-old man on murder and other charges in May after he received treatment for burns.

Prosecutors in Kyoto said on Friday that the suspect's psychiatric analysis ended after about six months.

Sources say the prosecutors have determined through the analysis that the suspect is mentally competent to be held criminally liable for the attack.

The prosecutors are likely to indict Aoba as soon as next week.

Aoba reportedly told police he thought he could kill many people by using gasoline, and that he attacked the studio because it had stolen a novel he had written.