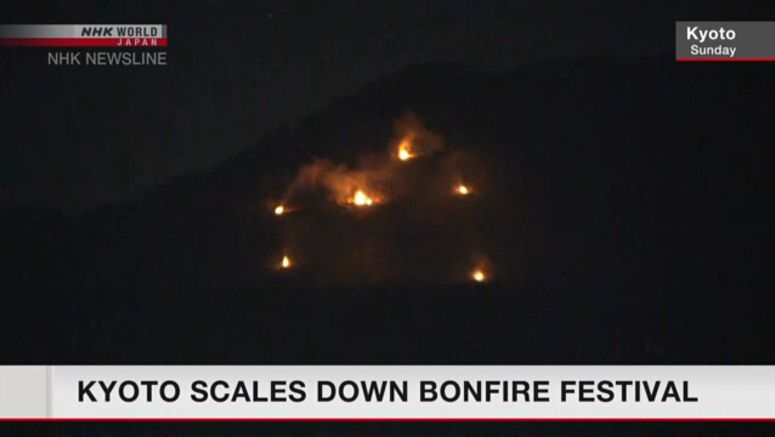 The annual bonfire festival in the city of Kyoto was held on a much smaller scale on Sunday to avoid large crowds amid the coronavirus outbreak.

"Gozan Okuribi" takes place on August 16 to send off the ancestral spirits who are believed to return home during the Bon holidays.

Bonfires forming the shapes of kanji characters and symbols are lit on the slopes of five mountains surrounding Japan's ancient capital. The tradition is said to date back more than 300 years.

Fires were lit at fewer spots than usual for this summer's festival. The character meaning "large" is normally made up of dozens of fires, but there were only six this year.

People wearing face masks gathered on a riverside with a good view of the spectacle.

A man said this year's festival is different, but he is grateful that it went ahead, and he maintained social distancing.

A high school student said she appreciates the tradition and she hopes her ancestors will watch over her.