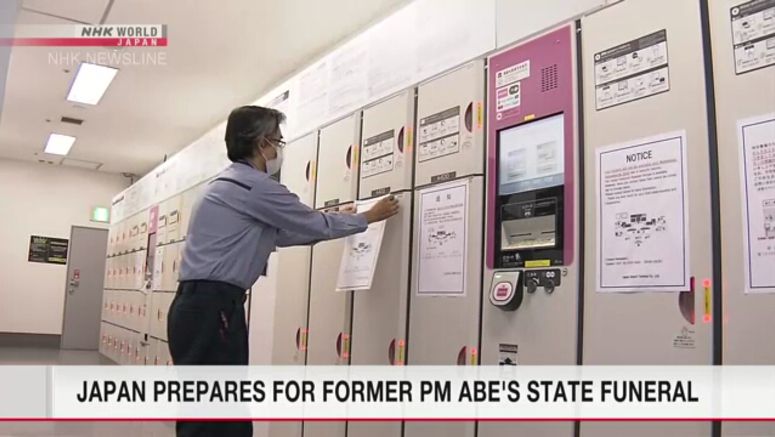 Workers at Tokyo's Haneda Airport are busy closing off hundreds of luggage lockers to prevent explosives from being planted, ahead of former Prime Minister Abe Shinzo's state funeral on Tuesday.

Many foreign dignitaries will visit Japan for the funeral to be held on September 27 in Tokyo. Special flights are expected to arrive at the airport.

The airport has about 930 coin-operated lockers for users to store their belongings. The lockers at the international terminal have been shut, and employees are now working on those in the domestic terminal.

At the departure lobby and other places, travelers were being instructed to instead use services with staff on site.

More security guards will be deployed through Wednesday at the airport, and trash cans will also be sealed shut from Monday in the lead up to the funeral.

A company that manages the storage lockers apologized to customers for the inconvenience, but asked for cooperation to ensure security at the terminals.