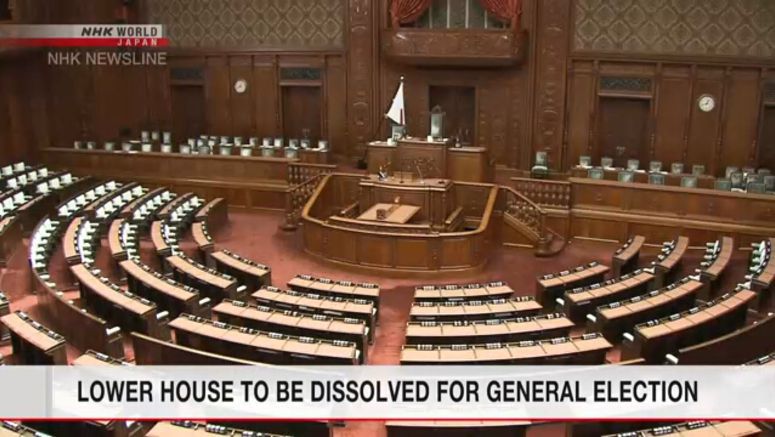 Japan's Prime Minister Kishida Fumio is set to dissolve the Diet's Lower House on Thursday for a general election. The government is expected to decide to hold the votes on October 31.

The more powerful lower chamber is expected to be dissolved in the afternoon.

The Cabinet would then set the election, which is expected for the last day of October, with campaigning to officially kick off on October 19.

It will be the first Lower House election in four years.

It will also be the first nationwide voting held during the coronavirus pandemic.

The top issues are likely to be the response to the pandemic and how to rebuild the economy.

Kishida took office on October 4. It would be the shortest period between a prime minister taking office and the dissolution of the Lower House in postwar Japan.

The upcoming election will be an unusually brief battle. The period from the dissolution to the voting day will also be the shortest in the postwar era.