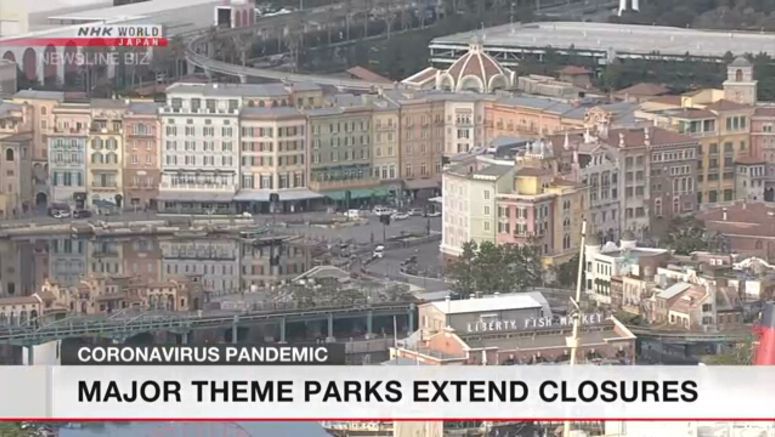 Some of the major theme parks in Japan that have closed due to the coronavirus outbreak are planning to extend the shutdowns for even longer.

Tokyo Disneyland and Tokyo DisneySea will keep their doors closed beyond a planned reopening in early April. The operator Oriental Land says visitors won't be able to enjoy the parks again until April 20th at the earliest.

Universal Studios Japan in Osaka also says it will stay closed through April 12th, instead of reopening next Monday as planned.