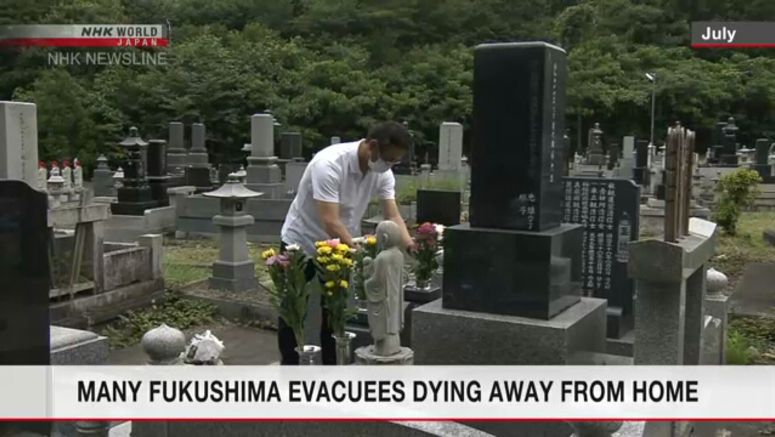 NHK has learned that more than 2,600 people have died over the ensuing years after being evacuated from their hometowns following the meltdowns at the Fukushima Daiichi nuclear power plant in March 2011.

NHK contacted local governments in Fukushima Prefecture and found that at least 2,670 people, about 10 percent of the original population, had died as of August. More than 26,500 people lived in seven municipalities near the plant. Where they lived have been designated no-entry zones for nearly nine and a half years because radiation levels remain high.

By municipality, 895 people from Okuma Town have died, 792 from Futaba Town, 576 from Namie Town, 362 from Tomioka Town, 32 from Iitate Village, 12 from Katsurao Village, and one from Minamisoma City.

The Japanese government is conducting decontamination work and rebuilding infrastructure in some areas with the aim to allow residents to return in two or three years.

But there is no concrete plan to make other parts, or 92 percent of the no-entry zone, habitable again, despite the strong hope of residents to return home.