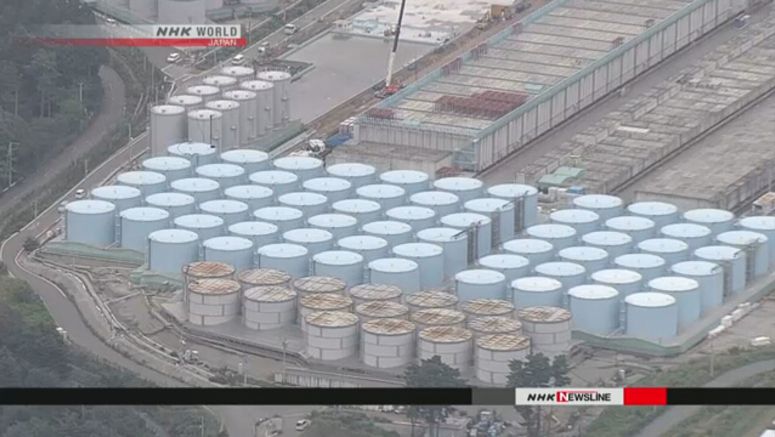 The wastewater includes water that has been used to cool the molten nuclear fuel following the March 2011 meltdowns, as well as rainwater that has flowed into the ground under the reactors. It is then treated to remove most radioactive substances, but some elements, including tritium, remain. The volume of stored water has been increasing.

The ministry has held hearings with local residents and related organizations and solicited opinions from the public since spring.

The three suggested plans include solidifying the treated water by mixing it with mortar. But ministry officials say this would increase the overall volume and it would be difficult to secure a storage site.

Another option is to transfer the water to remote islands and other areas by ship. But officials say it would take time to prepare large enough facilities for this option.

The third idea is to use containers or drainage channels to transfer the water for storage and disposal. But the officials say there are regulatory problems with this option.

The ministry also says releasing the water into the sea is a realistic option. That's the same assessment made by a subcommittee in February.

Earlier this week, the ministry briefed local authorities about how they plan to fight harmful rumors if the water is released into the sea. It is expected to make final arrangements for the possibility of releasing the wastewater into the sea.