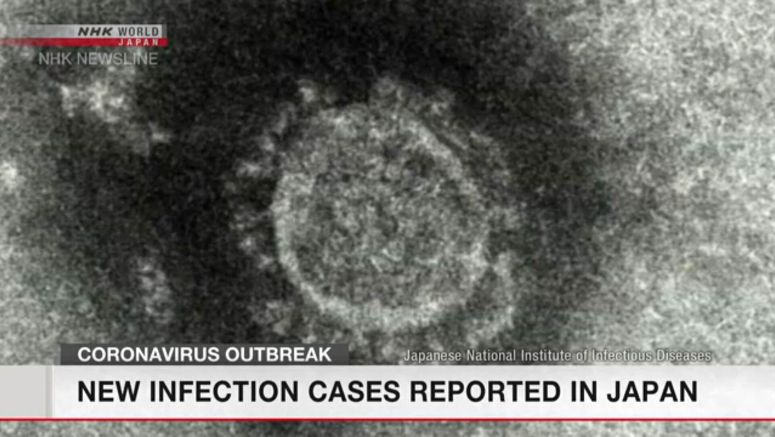 Japan saw several new cases of coronavirus infection reported on Friday, leading health officials to try and establish just how they contracted the virus. The latest cases bring the number of infected people in Japan to 259, including 218 from a cruise ship.

Two people are residents of Tokyo.

They likely had contact with a taxi driver who was confirmed to be infected on Thursday.

The driver's mother-in-law was the first infected person to die in Japan.

Another taxi driver in the southern prefecture of Okinawa also has the virus.

She drove four passengers from the now-quarantined cruise ship, the Diamond Princess, when it made a stop earlier this month.

The governor of Okinawa says officials there are responding to the latest developments.

Governor Denny Tamaki said, "2,679 people possibly disembarked in Okinawa. We've been checking up on about 200 people who may have come into contact with them. These checks will continue until Saturday, to cover the incubation period."

A man in his 70s in the western prefecture of Wakayama has also tested positive.

He had temporarily stayed at a hospital where a surgeon was confirmed to be infected on Thursday.

The northern prefecture of Hokkaido reported its second case.

A man in Aichi prefecture, central Japan, has now been confirmed to have the virus.

And a local government official in Kanagawa Prefecture, bordering Tokyo, has tested positive. He was engaged in transporting infected people from the Diamond Princess to hospitals earlier this week.

Meanwhile, 11 infected people from the ship are in a serious condition.

713 people on board have been checked for the virus, with 218 testing positive. They have either been taken to hospitals or are in the process of being transferred.

Roughly 3,400 passengers and crew remain onboard.

The health ministry is asking them to stay in their rooms until next Wednesday, which will mark the end of a two-week quarantine period.