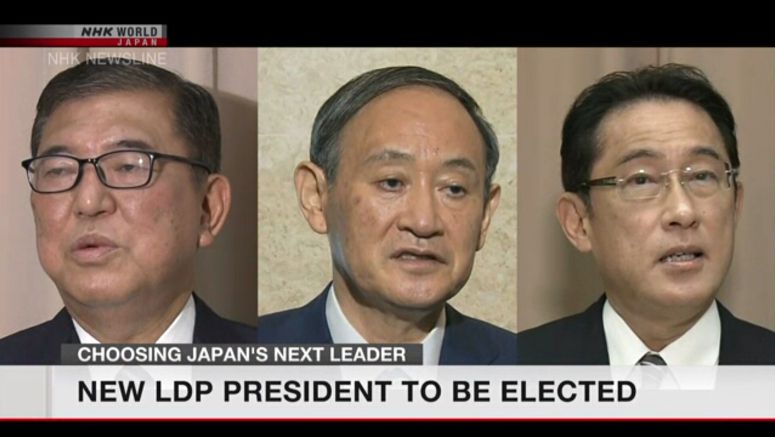 Japan's main ruling Liberal Democratic Party is choosing its new leader on Monday. The vote also effectively decides who will be the country's prime minister after Abe Shinzo, who is stepping down because of health issues.

The campaign's main focus was on how much each candidate would follow Abe's policies. The coronavirus and its economic fallout drew attention, along with strategies to revitalize rural areas.

The winning candidate will need a simple majority of 535 votes - mostly cast by incumbent party lawmakers.

The remainder will come from the party's 47 prefectural chapters, which will have three votes each. Results will be announced Monday afternoon.