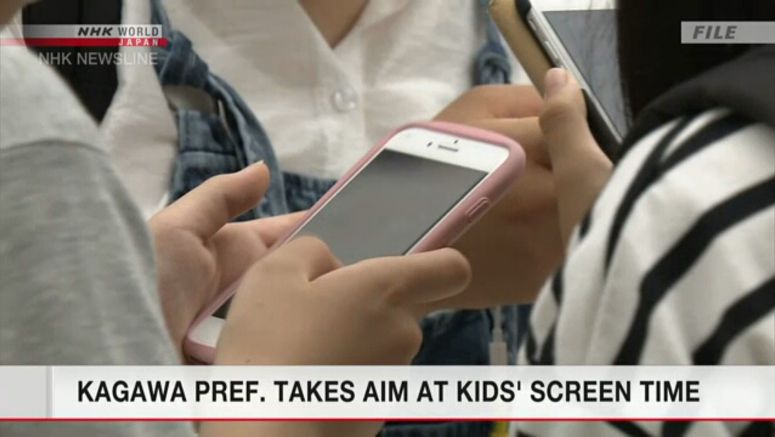 A local assembly in western Japan has come up with a measure to prevent minors from becoming addicted to the Internet and computer games.

Kagawa prefectural assembly has presented a draft ordinance that suggests limiting the use of smartphones, PCs and game apps by children under the age of 18 to 60 minutes on a weekday and up to 90 minutes on Saturday, Sunday and national holidays.

If they use them for studying, these restrictions are not applied.

The proposed ordinance does not carry penalties.

But it urges parents to work out rules on the use of these devices with their children and monitor them appropriately.

The prefectural assembly plans to hear public opinions on the draft ordinance and submit it in February. The assembly says it will make every effort to ensure the ordinance takes effect in April.