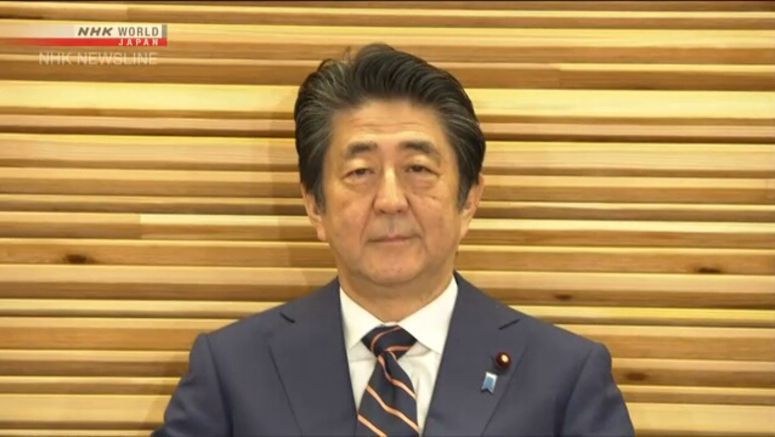 NHK's latest opinion poll puts the approval rating for Prime Minister Shinzo Abe's Cabinet at 43 percent. The figure is down by two points from last month.

The respondents were also asked about the closure of most elementary, junior and senior high schools in Japan, as requested by the prime minister to help contain the outbreak. Sixty-nine percent said there was no other choice, while 24 percent said it was excessive.

The government stepped up the nation's border control measures on Monday in an effort to prevent the spread of the virus. People arriving from China and South Korea are being asked to stay quarantined in designated locations for two weeks.

The 2020 Tokyo Olympics and Paralympics are scheduled to be held between July and September. Asked if they believe the Games will be held as scheduled, 40 percent of respondents said "yes," and 45 percent said "no."