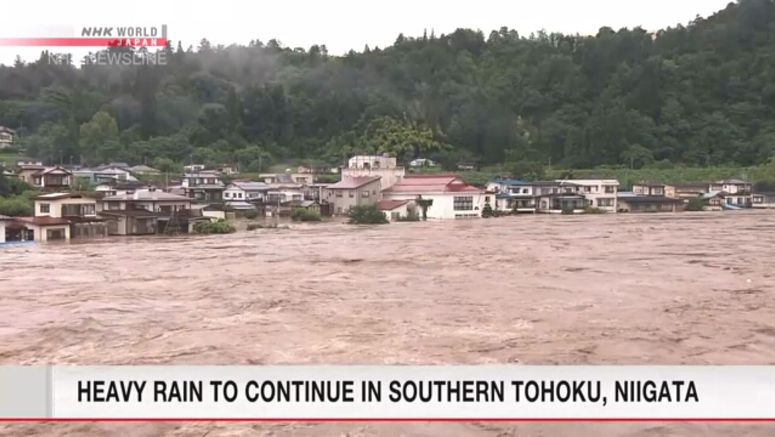 The Meteorological Agency has called for caution against mudslides and flooding due to a record rainfall in Yamagata Prefecture, northern Japan.

The officials say that 36 millimeters of rain fell in Uonuma City, Niigata Prefecture, in the one-hour period up to 7 p.m., Tuesday.

A mudslide warning has been issued for the prefectures of Yamagata, Nagano, and Gifu.

In Tohoku and Niigata, more than 30 millimeters of rain per hour is forecast on Tuesday night, and as much as 100 millimeters until late Wednesday afternoon.

In the 24-hour period through late Wednesday afternoon, up to 120 millimeters of rain is forecast in northern parts of Kyushu, southwestern Japan, and 80 millimeters in central and eastern Japan.