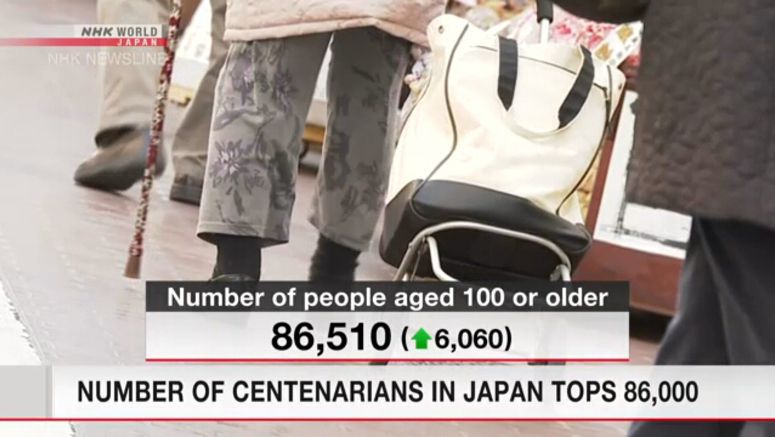 A government survey has shown that the number of centenarians in Japan has hit a record high of more than 86,000.

Japan's health and welfare ministry released the data on Tuesday. It is the 51st consecutive year that the number of centenarians in Japan has increased.

The survey, based on resident registers, showed that a total of 86,510 people are aged 100 or older as of Wednesday this week. The number was 6,060 higher than a year ago.

The oldest woman is 118-year-old Tanaka Kane, who lives in Fukuoka City, and the oldest man is 111-year-old Ueda Mikizo, a resident of Nara City.

Shimane Prefecture has the largest ratio of centenarians, with 134.75 per 100,000 people, topping the list for the ninth consecutive year.