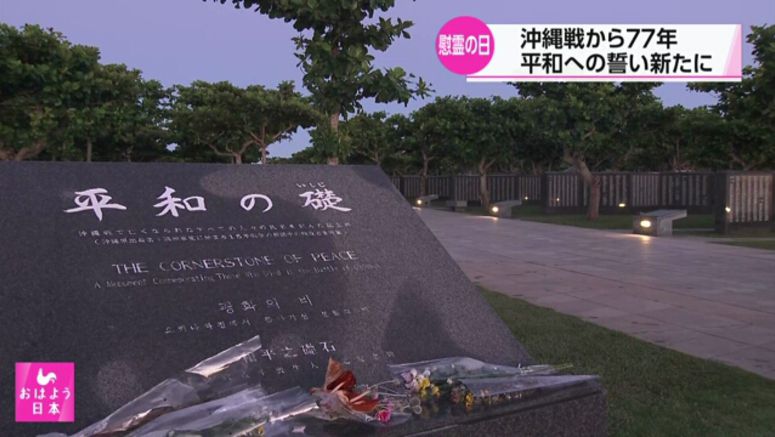 People in Japan's southern prefecture of Okinawa observe on Thursday the 77th anniversary of the end of fierce ground battles fought in the closing days of World War Two.

The fighting between Japanese and US forces in 1945 on Okinawa's islands left more than 200,000 people dead. One in four local residents lost their life.

June 23 is considered to be the final day of organized fighting by the Japanese military. Each year, the prefecture holds a service at Peace Memorial Park in the city of Itoman on that date to remember the dead.

How the memories of the war will be passed down to future generations has become increasing challenging.

As of October 2020, about 90 percent of the population in Okinawa were born after World War Two.

Caves played a major role during the war and have been visited by students as part of peace education programs. But some of them have become inaccessible as they have deteriorated.

2022 marks 50 years since Okinawa returned to Japan from postwar US rule.

Before the reversion, the people of Okinawa hoped that the prefecture would become peaceful and free of US military bases. But about 70 percent of US bases in Japan are concentrated in the southern prefecture.