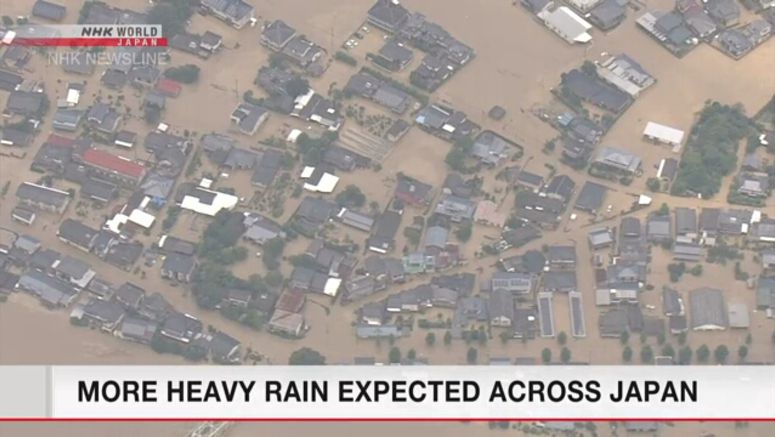 More heavy rains are expected in parts of Japan, including Kyushu and Tokai, which have already been hit by record rainfall.

The Meteorological Agency says warm, damp air is flowing towards a seasonal rain front hovering around the Japanese archipelago, destabilizing atmospheric conditions. Rain clouds are developing in northern Kyushu and the Chugoku region.

A low-pressure system is forecast to move eastward over the Sea of Japan, bringing thundery downpours to parts of western and eastern Japan.

Kumamoto Prefecture, which has already been battered by record rainfall, may see hourly rainfall of 70 millimeters.

The rains are expected to continue into Wednesday.

Agency officials are warning of landslides, swollen rivers, and floods in low-lying areas, as well as lightning and strong wind gusts.