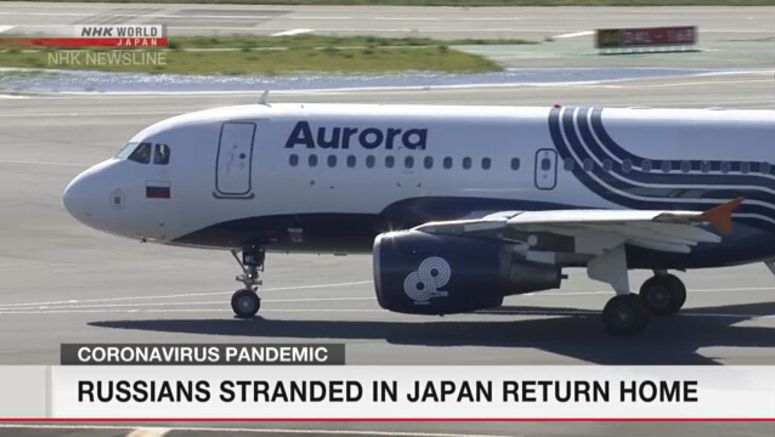 About 120 Russians who had been stuck in Japan amid the spread of the coronavirus have left for their country on a Russian government chartered plane.

The plane arrived at Narita Airport near Tokyo on Sunday and left for the Russian Far Eastern city of Vladivostok in the afternoon, carrying about 120 people.

Some 400 Russians had been stranded in Japan as regular flights to and from Russia have been suspended since late March due to the outbreak. They were visiting Japan on business or for sightseeing.

Some 30 of the travelers had been camping out in a terminal lobby in Tokyo's Haneda Airport for 11 days. They said they were running low on money.

The passengers on the chartered plane included those from Haneda Airport. They were transferred to Narita by bus.

Footage taken by a Russian man who had been stuck in the airport lobby shows people relieved to be going home.

The Russian Embassy in Tokyo says nearly 300 Russian nationals who still remain in Japan are hoping to be repatriated. It says the government is considering arranging additional chartered flights.