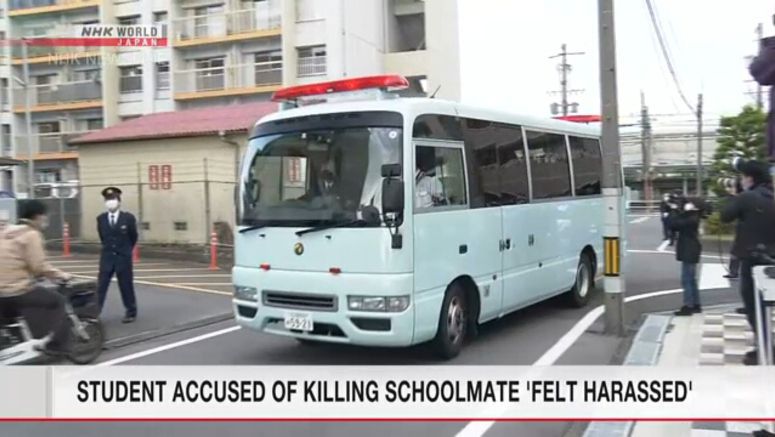 The 14-year-old student who fatally stabbed another pupil at a junior high school in Aichi Prefecture, central Japan, has reportedly told investigators he was unhappy because he felt harassed by the victim.

The victim, also aged 14, was stabbed in the stomach area by a kitchen knife on Wednesday morning at their school in Yatomi City. He was pronounced dead at a hospital.

The attacker was arrested at the scene. He was sent to prosecutors on Thursday on suspicion of murder.

The two boys were classmates in their second year, but were in different homerooms this year.

The attacker has reportedly admitted to stabbing the other student.

He has also told investigators he purchased the kitchen knife online a few days before the attack.

The municipal board of education says there was no mention of the two boys in its questionnaire survey last month on bullying.

The board says it does not know if there was any trouble between the two.