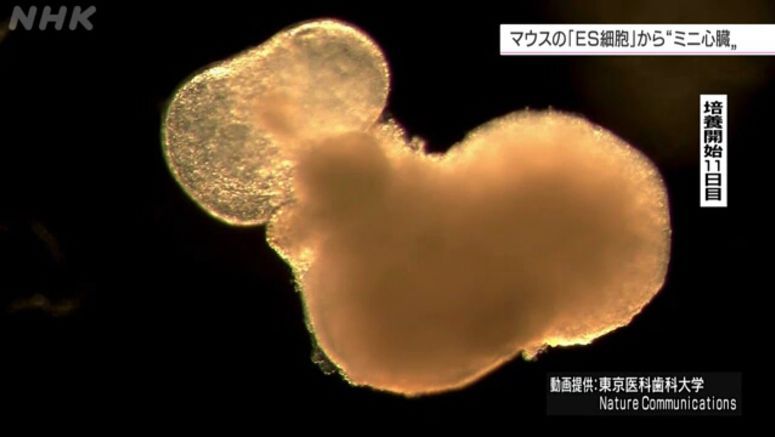 A group of Japanese researchers says it has succeeded in creating a functional "mini heart," using embryonic stem cells from a mouse.

Embryonic stem cells have the ability to develop into all kinds of body cells and have similar characteristics to iPS cells.

The researchers say the cells formed a heart-like structure about one millimeter across after about two weeks.

The heart reportedly has an atrium and a ventricle, beats like a real heart, and has a similar structure to the heart of a mouse fetus.

The researchers say this is the first time that a heart has been successfully developed with a 3-D structure.

Ishino says his group plans to research if a miniature heart can be created in the same way from human iPS cells. He adds that artificial hearts could be used to test the safety of new drugs.