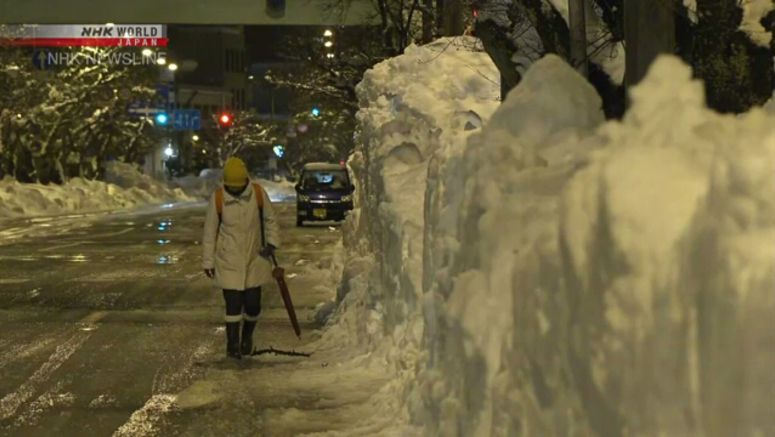 Weather officials say that snow has passed its peak in Niigata Prefecture and the Hokuriku region, but residents should stay cautious.

Japan's Meteorological Agency says a strong winter pressure pattern and a mass of extremely cold air dumped snow on the Sea of Japan coast. But it says the snow has peaked after intensifying through to Monday morning in Niigata Prefecture and the Hokuriku region, which have seen record snowfall.

Accumulated snow at most observation points in those areas is around double to triple the average amount for this time of the year.

The agency is urging people to keep looking out for disruptions to transport and traffic due to snow-accumulation and icy roads, as well as for snow falling from roofs and avalanches.

Meanwhile, a low pressure system moving along the Pacific coast from Monday evening through Tuesday is expected to bring snow to the Kyushu, Shikoku, Kansai, Tokai regions, and the mountainous areas in the Kanto-Koshin region around Tokyo.

Officials are advising people to check the latest weather information and to be careful.