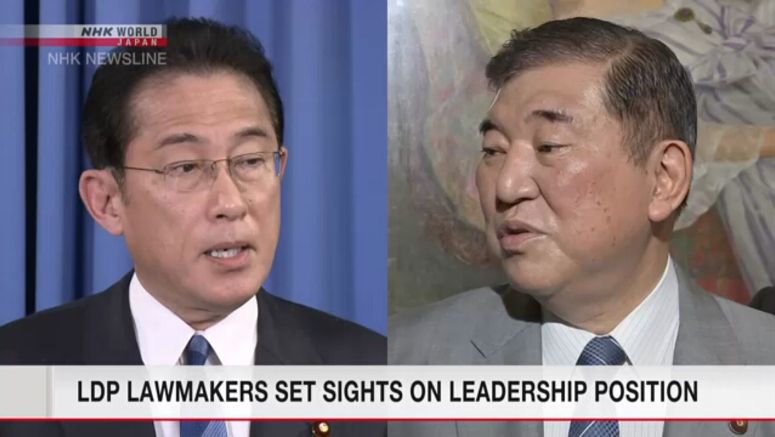 Members of Japan's governing Liberal Democratic Party speculate that some officials are poising themselves to become the next party leader.

Kishida recently became the head of the party's new strategic task force. It was set up to discuss a new foreign strategy and national vision for the post-coronavirus world. About 70 people took part in a task force meeting on Thursday.

Nikai describes Ishiba as one of the rising stars he hopes will seek higher office in the future.

Competition for the party's leadership is expected to intensify as Abe's tenure nears an end.