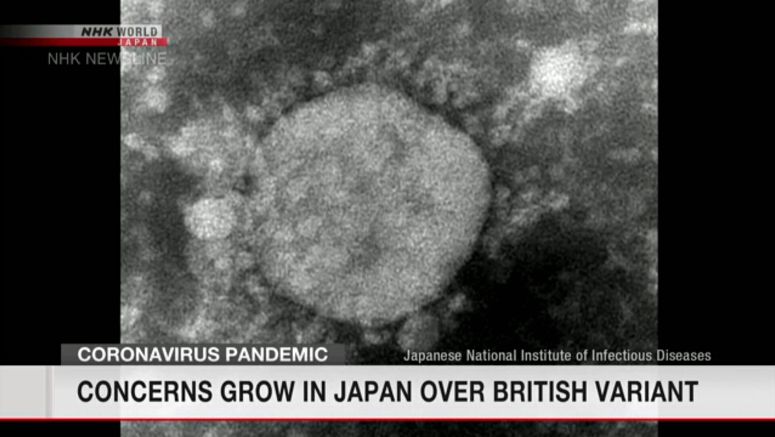 Japanese researchers have found that the British coronavirus variant found in Japan is on average 1.32 times more transmissible than the original virus.

Researchers at the National Institute of Infectious Diseases analyzed the transmissibility of the coronavirus variant first confirmed in Britain from cases reported in Japan during a 50-day period ending on March 22.

They found that variant is indeed more contagious than the preexisting virus.

This variant is being found mostly in Kansai, western Japan at the moment, but scientists say cases are slowly increasing in Tokyo.

The researchers have pointed at the possibility present anti-infection measures alone may not be enough to ward off the virus variant.

The head of the institute, Wakita Takaji, says he can conclude that during the 50-day period in question, the British variant was more likely to spread than the original virus.

He called on the need to swiftly take anti-infection measures as there are predictions the mainly Kansai-based variant could cause an explosive spread in the greater Tokyo area.