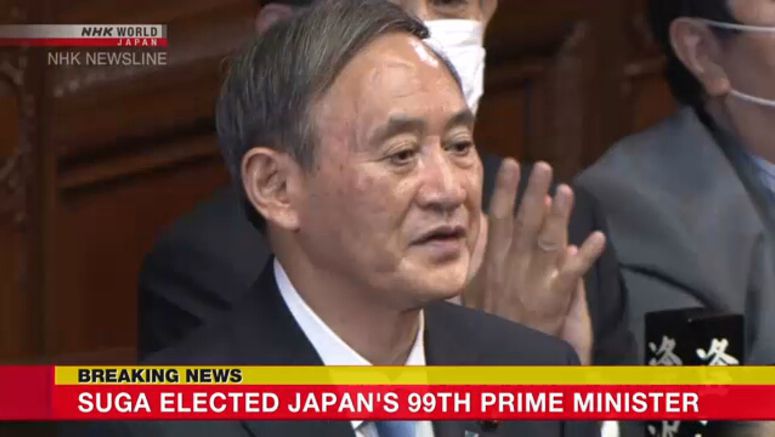 The leader of Japan's main ruling Liberal Democratic Party, Suga Yoshihide, has been chosen as Japan's new prime minister by the country's Diet.

The 71-year-old veteran politician will succeed Abe Shinzo, who has resigned to deal with health issues.

Suga supported Abe as Chief Cabinet Secretary for more than seven years. He says he will push forward Abe's policies to deal with the coronavirus and revitalize the economy. He also vows to prioritize administrative and regulatory reforms.

The Emperor will ceremonially endorse Suga and his chosen cabinet at the Imperial Palace later in the day.

After the ceremony, Suga will hold a news conference and convene the first meeting of the new cabinet.