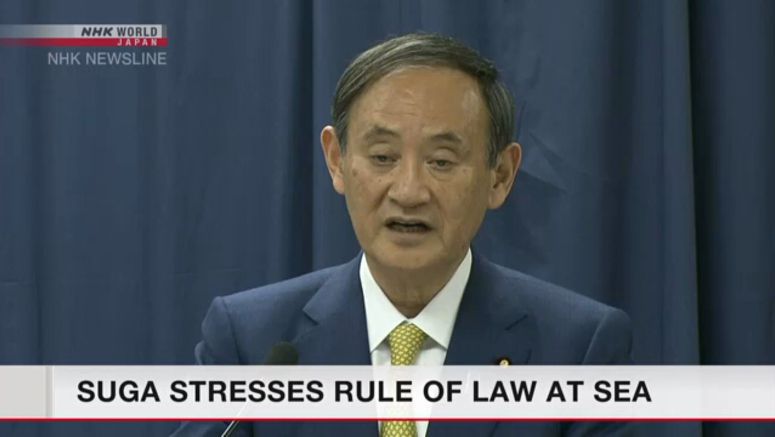 Japanese Prime Minister Suga Yoshihide says Japan will step up support for the members of the Association of Southeast Asian Nations to establish the rule of law in the region. He says there are actions in the South China Sea that run counter to the rule of law.

Suga on Monday spoke at a university in Hanoi, the capital of Vietnam, where he is visiting as part of his first overseas tour since taking office.

Suga said it is important for all parties to resolve disputes peacefully based on international law, not through force or coercion.

Suga also spoke about Japan's supply of patrol boats to Vietnam and the Philippines and Japan's training programs for people in Indonesia and Malaysia engaged in maritime security.