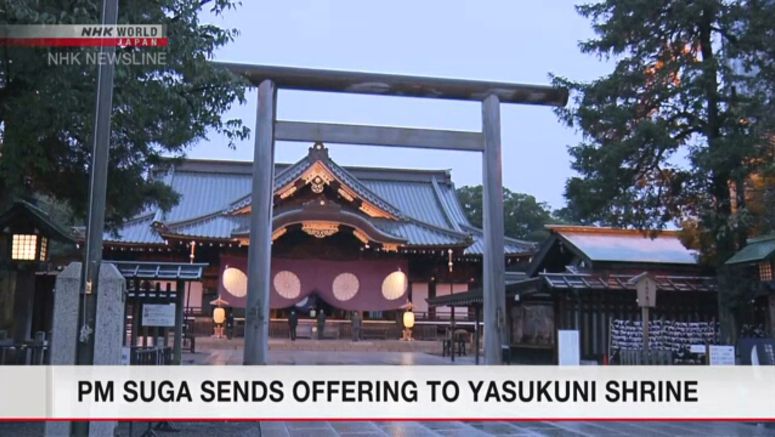 Suga sent a potted plant to the shrine on Saturday.

His predecessor Abe Shinzo offered potted plants for the spring and autumn festivals while he was in office. Suga reportedly did not send offerings when he was Chief Cabinet Secretary.

South Korea expressed deep regrets over the repeated tribute to the Yasukuni Shrine. A foreign ministry spokesperson said in a statement that the shrine glorifies Japan's history of wars of invasion and honors war criminals.

The statement also called on Japan's new Cabinet leaders to "face history squarely and humbly" and respond to calls for the future-oriented development of bilateral relations.

It quoted Japanese media as saying Suga is believed to have followed the way of his predecessor former Prime Minister Abe Shinzo, while he did not do this when he was Chief Cabinet Secretary.

The Chinese government has not made an official comment.