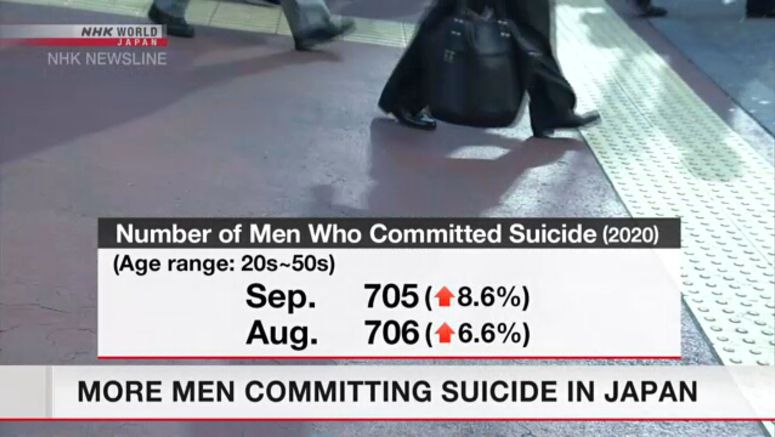 The number is up 56, 8.6 percent higher than the figure in the same month last year.

The number for August was 706, 6.6 percent higher than the level in August of last year.

The ministry also says 640 women committed suicide in September, exceeding the figure for the same month last year for the fourth consecutive month.

Tokyo-based NPO LIFELINK says many men keep their problems to themselves without seeking consultation.

Shimizu Yasuyuki, who heads the organization, says the pandemic is driving non-regular workers and the self-employed into a corner, and that the government must implement measures to protect their jobs.