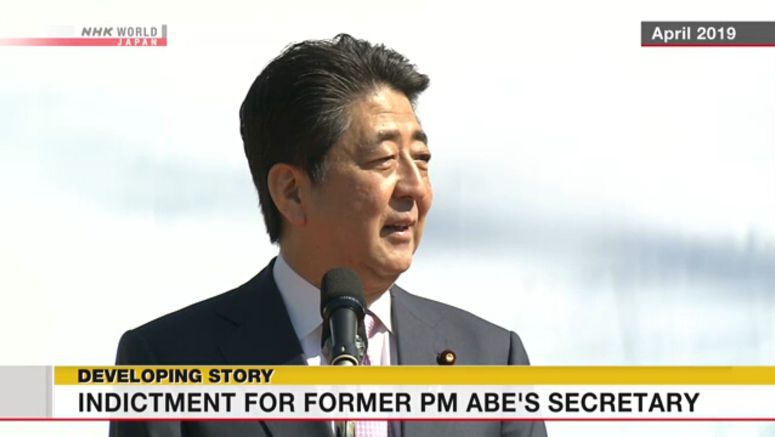 He is accused of misreporting incoming and outgoing sums totaling about 290,000 dollars connected to parties for Abe supporters.

The gatherings took place before government-funded cherry blossom-viewing events during Abe's tenure as prime minister. The parties cost about 220,000 dollars in the five years through 2019. Abe's office is thought to have paid at least a third of that.

Prosecutors questioned Abe on a voluntary basis on Monday. He has denied involvement in the failure to file sufficiently detailed reports on the funding of the parties.

Prosecutors have decided against indicting him, citing a lack of evidence that would allow them to hold him criminally responsible.

Abe has asked the heads of the Lower and Upper Houses of the Diet for an opportunity to explain past comments he made in the legislature about the matter.

Prime Minister Suga Yoshihide said, "Former Prime Minister Abe has a strong desire to explain what happened to the Japanese people. First, I think he will explain the matter, and when it's necessary, I will comment."