Japan Bullet Latest News From Japan About Auto, Technology, Culture, Travel, Cuisine . All you need to know about Japan !
Updated 10:35 PM UTC, Jul 15, 2020
Headlines:
Honda Fit Off-Roader: The Honda Fit is not the kind of vehicle
Sony Could Boost PS5: Bored at home during the pandemic lockdo
2021 Toyota Camry De: With the Camry’s 2021 model year,
Tokyo raises alert l: Tokyo has been put on the highest level
Researchers call for: Foreign researchers have called on the
Tokyo confirms 165 i: Tokyo officials say they've confirmed 16
Okinawa governor see: The governor of the southern Japanese pr
Experts express conc: Experts working for the Tokyo Metropolit
Rain lets up, but la: Weather officials in Japan say the worst
Japan's coronavirus : Japan's health ministry is resuming the

A summer festival has come back to life after an absence of nine years in the town of Shinchi in Fukushima Prefecture, where suffered serious damage in the 2011 tsunami.

The festival at the town's beach and fishing port had to be suspended after the disaster. But the event was able to make a reappearance with the completion of repairs to the beach access road and an embankment.

A highlight of the festival has been its parade of fishing boats, with colorful banners praying for rich catches. The resumption of the parade on the sea has pleased visitors.

A girl says she sailed on a boat for the first time and was a little nervous, but she says the sea was so beautiful.

The local fisherman says he wants people to enjoy the local fish, and get to know his town better.

Okinawa governor seeks info on US base infect... 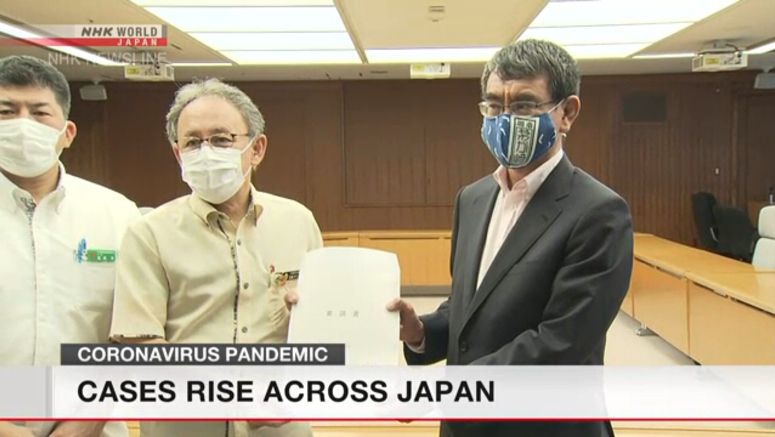 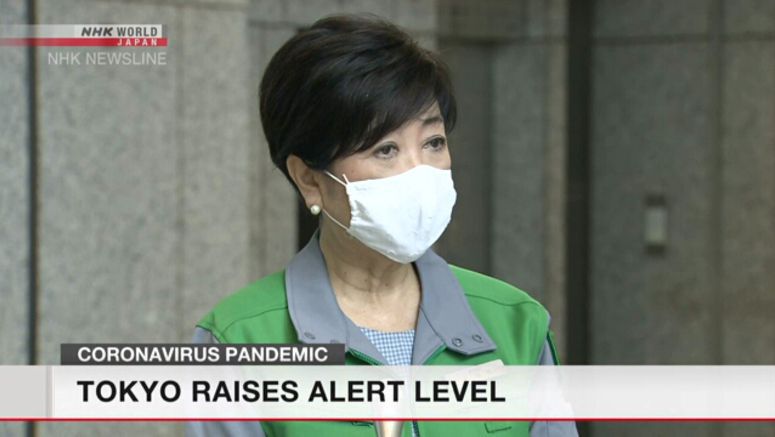 Experts working for the Tokyo Metropolitan Government have raised the level of concern about the coronavirus outbreak in the city to the highest level. They used strong language when stating that the virus appears to be spreading.The experts raised the level from three to four on the Tokyo...more 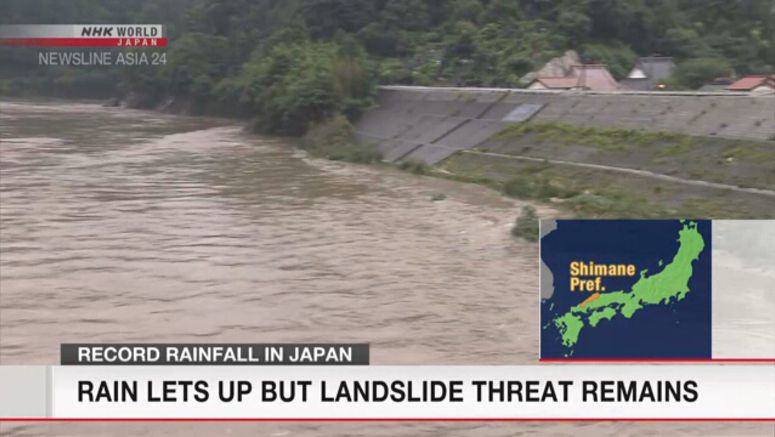 Weather officials in Japan say the worst may be over for areas that have been devastated by intense downpours. But as the rain moves south, authorities are warning that people should continue to watch out for landslides.Water has begun to recede in Shimane Prefecture. A swollen river there...more Japan's health ministry is resuming the nation's coronavirus contact-tracing app service on Wednesday. The app has been under repair because of a glitch.The smartphone app is designed to notify users who are thought to have been in close contact with someone infected with the virus.