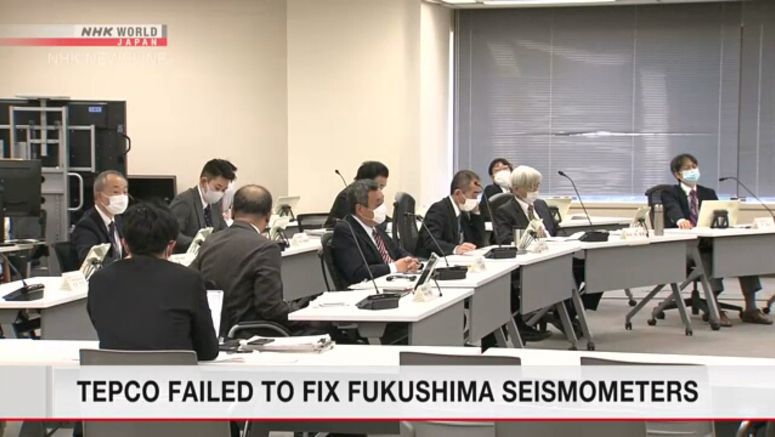 The operator of the crippled Fukushima Daiichi nuclear plant says seismometers at a reactor building were out of order when a strong earthquake struck northeastern Japan on February 13.

Tokyo Electric Power Company on Monday briefed the Nuclear Regulation Authority on the quake's impact on the plant and the company's response.

TEPCO officials said the company installed two seismometers at the No. 3 reactor building last March to assess seismic activity at the reactor building. However, they revealed that they were unable to collect data on the shaking of the building during the quake, because the seismometers were out of order.

They said they had been aware of the malfunction of the seismometers, but that they did not repair them. Heavy rain during July of last year was one of the factors causing them not to work.

The No. 3 reactor building was damaged in the 2011 accident at the plant that followed a huge earthquake and tsunami.

At Monday's meeting, TEPCO acknowledged its insufficient preparedness that resulted in its failure to obtain valuable data on the February 13 quake.

The Nuclear Regulation Authority said the company should reflect on its failure to record seismic data, calling its response problematic, and asked it to report why it did not carry out repairs immediately.