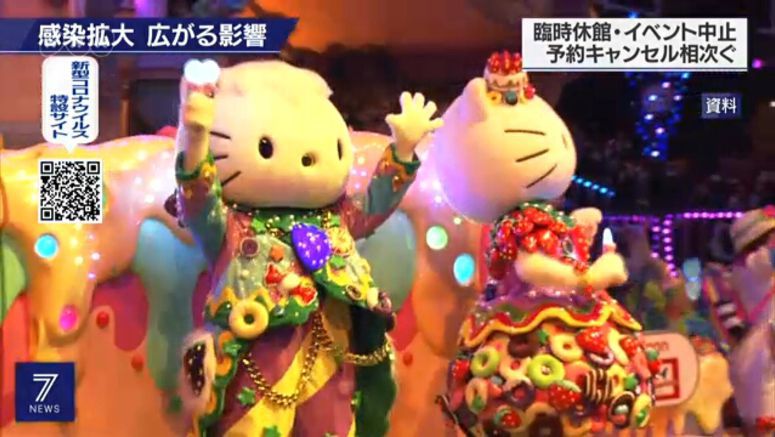 Theme parks in Japan featuring Hello Kitty and other characters will close temporarily in order to prevent the spread of the coronavirus.

Sanrio announced an indoor theme park in suburban Tokyo called Sanrio Puroland and an outdoor theme park in the Kyushu region called Harmonyland will be closed from February 22 to March 12. Both facilities are operated by a Sanrio subsidiary and are popular among tourists who are fans of the famous characters.

The company says the decision was made in order to stop the spread of the virus and keep visitors and employees safe.

Sanrio says it plans to reopen on March 13 but that it will assess the situation and information from the government before making a decision.