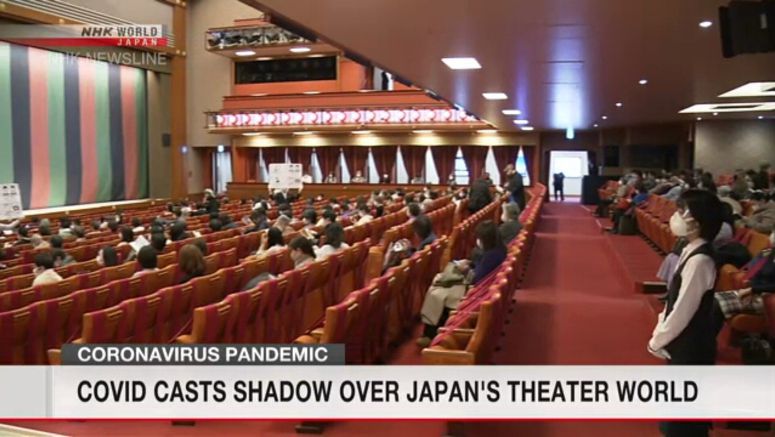 The new coronavirus pandemic has dealt a serious blow to Japan's traditional performing arts such as Kabuki dramas and Noh plays.

More than 4,300 performances were cancelled or postponed, resulting in losses of more than160 million dollars.

Figures from the Tokyo National Research Institute for Cultural Properties show that 4,304 performances had been either canceled or postponed by December 13.

The month of April, when a state of emergency was declared, had the highest number at 1,090.

The situation improved dramatically in summer and onwards, but cancellations and postponements were still seen in November and December.

Even performances that resumed lost money, as they had to allow smaller audiences. Such restrictions incurred an estimated total loss of more than 45 million dollars.

Demand for traditional costumes and musical instruments plunged, too, causing some firms to close down their businesses for good.

Head of the Intangible Cultural Properties Section of the institute, Maehara Megumi, who conducted a study, said that performances have resumed to keep the traditions alive. However, she said, it is not easy to get out of the current crisis due to restrictions such as smaller audience sizes.