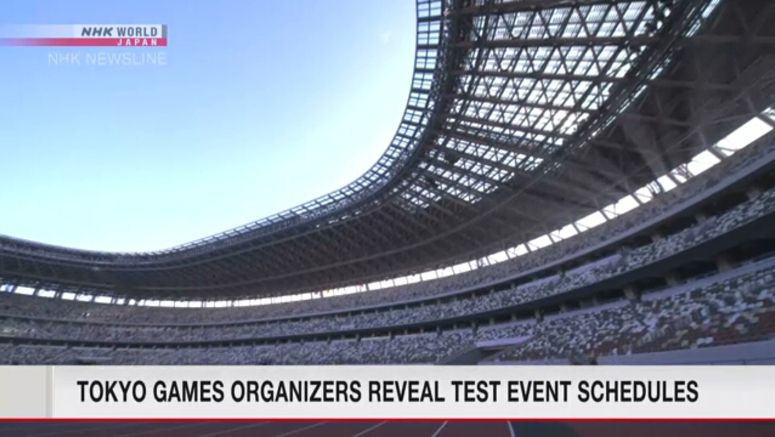 Organizers of the Tokyo Olympics and Paralympic have announced new schedules for the Games' test events.

The organizing committee for the Games made the announcement on Friday. The games had been rescheduled for next year due to the coronavirus pandemic.

Most of the test events will be held at the actual venues to allow organizers to confirm that all procedures will go smoothly.

The organizers had planned to hold 56 test events, but 17 of them have not been held yet due to the postponement of the Games.

Officials say they will hold the rescheduled tests from March to May next year while giving consideration to anti-coronavirus measures.

Organizers say they will allow spectators to venues for some events. Caps on the number of spectators will be decided before the tests are held.

They also plan to check immigration procedures for foreign athletes and transport to venues for the test events.

Organizers plan to hold marathon tests in the northern city of Sapporo in spring. The races had been moved to the city to avoid the summer heat in Tokyo.

A senior official at the committee says it's very important for the Games to plan and verify anti-virus measures for each event.