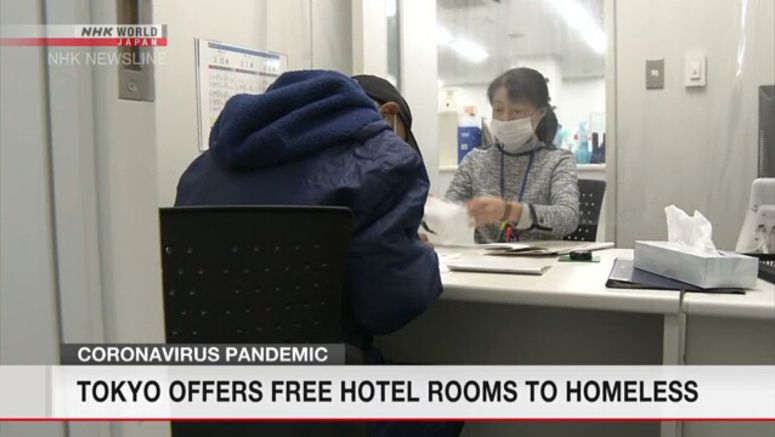 The Tokyo Metropolitan Government has begun offering free hotel rooms over the New Year to people hit hard by the coronavirus pandemic.

Tokyo officials are working with local welfare offices and support groups to allow people who lost their homes to stay at business hotels free of charge from Monday until January 19.

The metropolitan government's consultation counter in Shinjuku Ward has been busy fielding calls from people who have no place to go.

Tokyo officials took a similar measure earlier this year when the central government declared a state of emergency over the pandemic. They say it was applied in about 1,250 instances between April and June.

One official said many people are likely to experience anxiety around the New Year because there will be fewer jobs than usual. He called on people to contact the helplines without hesitation.