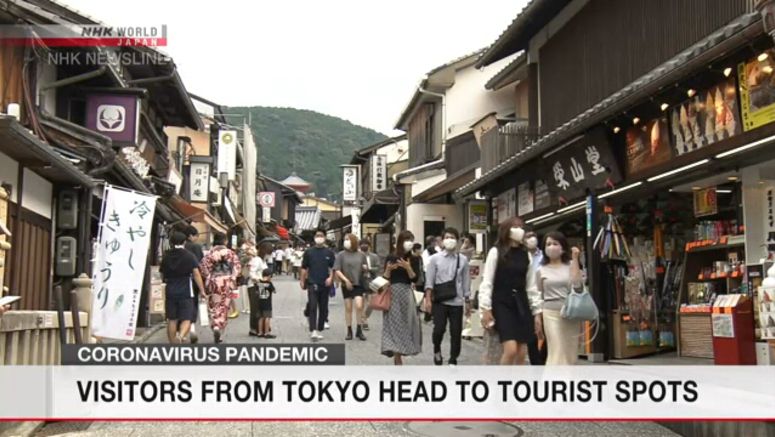 A famous Buddhist temple in Japan's western city of Kyoto drew crowds of tourists on the first weekend since the government's domestic tourism incentive campaign started including Tokyo residents earlier this month.

Visitors to Kiyomizu-dera and nearby places included sightseers from Tokyo.

A couple in their 60s said they had postponed their trip to Kyoto twice, but were glad to use the unexpected tourism coupons.

Another tourist in her 60s also visited from the capital. She felt lucky to use the campaign and hopes to visit Kyoto again while it's still available.

The "Go To" tourism stimulus drive offers coupons and discounts on travel costs. When the campaign began in July, trips to and from the capital were excluded but were included from Thursday.

Japan confirmed 401 coronavirus cases on Sunday, with Tokyo reporting 108. This brings the cumulative total of infections to 86,563, including 712 from the Diamond Princess cruise ship docked near Tokyo earlier this year.