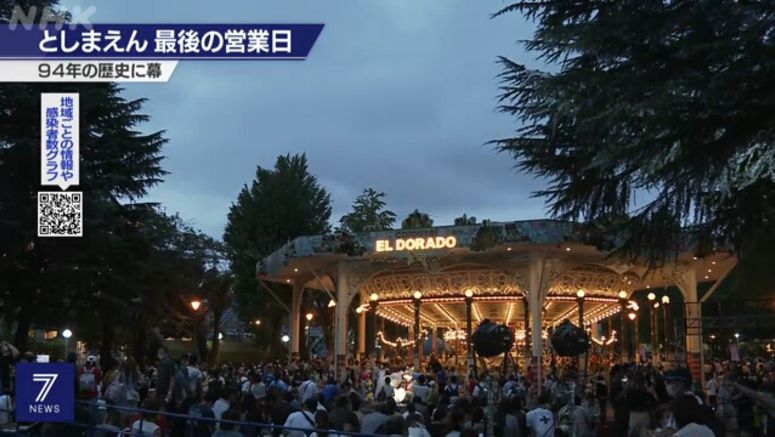 A family-friendly amusement park in Tokyo is closing its doors after 94 years in operation.

Toshimaen in Nerima Ward was crowded soon after it opened for its last day on Monday.

The operator held various events to mark the occasion and thank customers for their support over the years. Many visitors wrote words of gratitude and sorrow on message boards before leaving.

People formed a long line to ride the Carousel El Dorado, which is said to be the world's oldest working wooden merry-go-round.

A couple who came with their child said it's sad because they have been visiting the park since their son was about three years old, buying annual passports. They said they want to enjoy the park until the last possible minute.

The site will become home to a theme park based on the Harry Potter films that is scheduled to open in 2023.