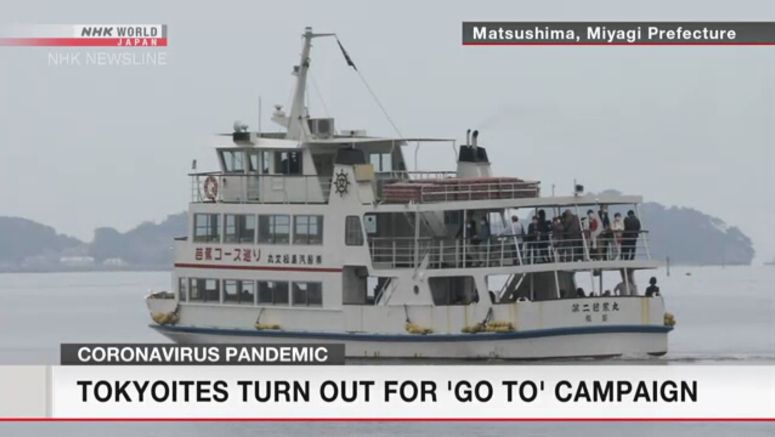 Analysis of a large amount of data indicates that the number of travelers from Tokyo to other prefectures over the weekend rose 7 percent nationwide from the figure for a week earlier.

This was the first weekend since trips to and from Tokyo were added to the government's "Go To" campaign to encourage tourism.

NHK analyzed data collected via cell phones by the mobile phone carrier NTT Docomo. The privacy of the users was protected.

The analysis compared the number of travelers from Tokyo on Saturday and Sunday with those who took trips the previous weekend.

The number increased especially in areas around Tokyo, with a rise of 20 percent in the prefectures of Gunma and Yamanashi, 19 percent in Shizuoka, 18 percent in Nagano, and 17 percent in Tochigi.

The figures were also up 13 percent in Iwate Prefecture and 12 percent in Yamagata in northern Japan. The southwestern prefecture of Okinawa saw an increase of 11 percent.

Many prefectures in western Japan saw their numbers decline.

The number of in-bound tourists to Tokyo remained level, with only a slight increase of one percent.