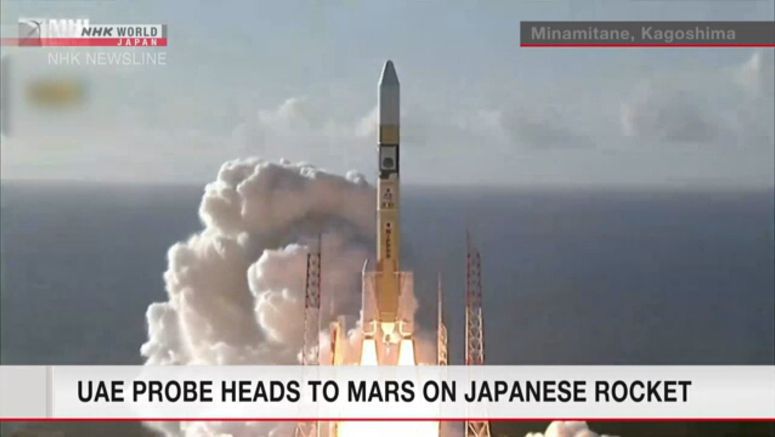 Officials are celebrating a successful launch of a Japanese rocket. It's part of the United Arab Emirates mission to Mars. Scientists and researchers in the UAE hope it will shed new light on the red planet.

The Hope probe began its 7-month journey to Mars on Monday morning. It was carried into space by an "H2A" rocket from Tanegashima Space Center in southwestern Japan.

The explorer is about 8 meters wide and weighs roughly 1.5 tons. The UAE plans to put it into Mars' orbit in 2021, when the country celebrates 50 years since its founding.

One of the missions' goals is to help reduce the country's dependence on oil and transition to a knowledge-based economy.

Mitsubishi Heavy Industries conducted the launch. It is the fourth time the Japanese company has used the H2A vehicle to launch a foreign satellite into space.

Monday's launch was originally scheduled for last week, but was postponed due to bad weather.