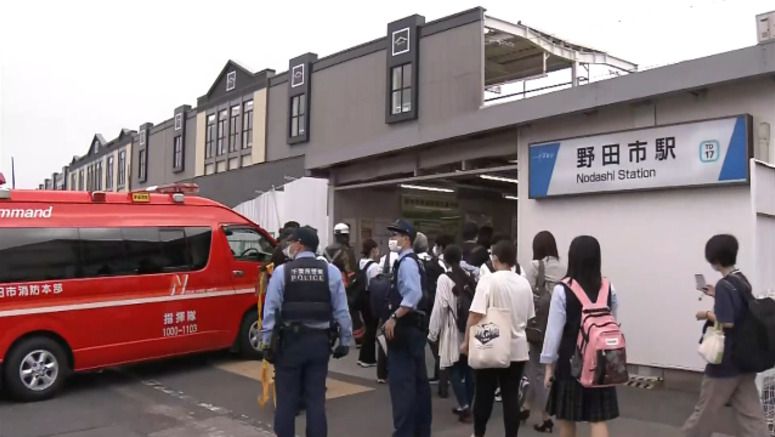 An unidentified liquid was found spread on the floor of a train in Chiba Prefecture, east of Tokyo, on Friday morning. A preliminary test found no toxin in the liquid. But two passengers complained of sickness and are being treated at a hospital.

Firefighters received a report at around 6:15 a.m. complaining of a rotten smell on the train. It was running from Kashiwa Station in Chiba Prefecture to Omiya Station in Saitama Prefecture on the Tobu Noda Line or TOBU URBAN PARK Line.

The six-car train was checked at nearby Nodashi Station in Chiba Prefecture, and a liquid was found on the floor of the No.2 car.

Police said there were about 30 to 40 passengers in the car at the time. Two teenage girls were taken to a hospital.

The liquid was colorless and had no smell. It appears to have already been on the floor when the train left Kashiwa Station.

Police are further analyzing the liquid.

Operations on the Tobu Noda Line were suspended between Nanakodai Station and Unga Station for about an hour.