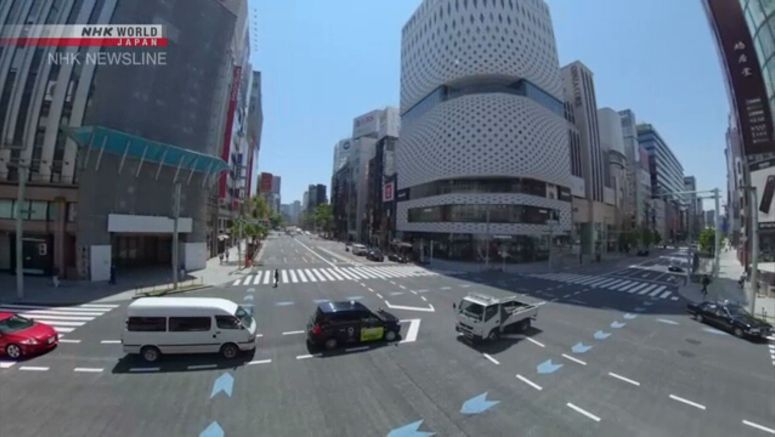 Mobile phone data in Japan suggests people in major cities are largely complying with the government's request that they stay home.

Telecoms company NTT Docomo has released anonymous tracking data. It shows that under the nationwide state of emergency, average outings in major cities on Saturday declined compared with the period between mid-January and mid-February.

The data as of 3 p.m. Saturday shows a varying rate of decrease depending on area.

Among the seven prefectures to first come under the government's state of emergency, the number of people who ventured out around Osaka's popular Umeda district fell by 84.9 percent.

In Tokyo, the decline in visitor numbers to the shopping and entertainment hub of Shinjuku was 78.9 percent. Crowds fell by 75.2 percent for the area around Yokohama station in Kanagawa Prefecture, and 73.2 percent in Tenjin in Fukuoka Prefecture.

Among the six prefectures later added to the government's list of prefectures on the highest alert, the area around Nagoya Station in Aichi Prefecture recorded a 74.2 percent fall in visitors.

The decrease in people going out on weekends appears to be larger in general than on weekdays.