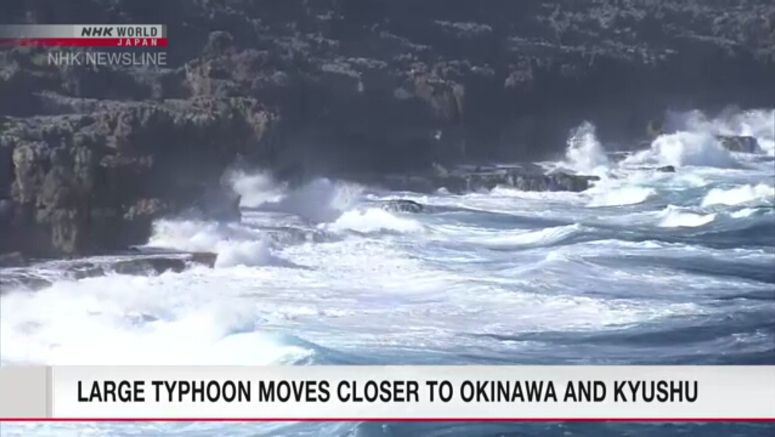 Japanese weather officials say large and very strong Typhoon Nanmadol is expected to track close to Okinawa Prefecture and the Amami region of Kagoshima Prefecture through Saturday. It is likely to approach the Kyushu region on Sunday.

Meteorological Agency officials say that Nanmadol is very dangerous and are urging residents to be on high alert for possible disasters triggered by violent winds and heavy rain.

The agency said the typhoon was traveling west over the Pacific Ocean south of Japan at 10 kilometers per hour as of 9 a.m. on Friday.

Okinawa and the Amami region are forecast to have very strong winds. In Amami, winds of up to 108 kilometers per hour are expected through Saturday.

Seas will also be very rough around southern Kyushu, Okinawa and Amami, with 10-meter-high waves expected on Saturday.

Rainfall in the 24-hour period through Saturday afternoon could reach 150 millimeters in Okinawa, Amami and southern Kyushu.

Weather officials are urging caution against wind gusts and high waves, as well as landslides, flooding and swollen rivers.