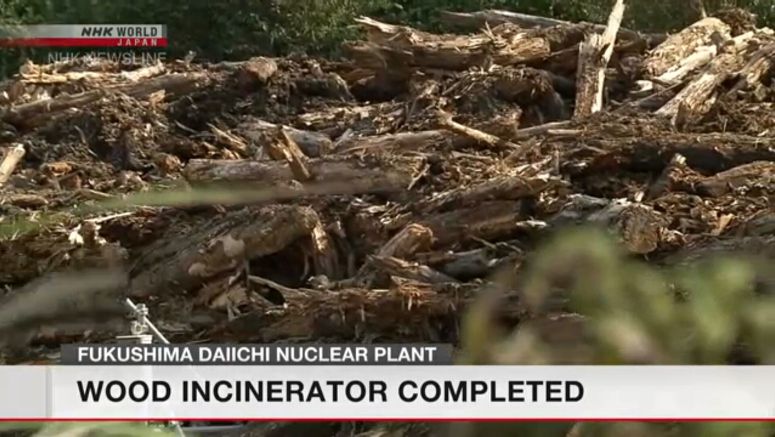 An incineration facility to dispose of wood contaminated with radioactive substances has been completed at the Fukushima Daiichi nuclear power plant.

The 2011 nuclear accident at the plant led to the dispersal of radioactive substances, contaminating the reactor buildings as well as other buildings and roads at the facility.

Trees were also contaminated with low levels of radiation. The plant's operator, Tokyo Electric Power Company, has been building a facility to burn the wood from the trees cut down to make space for tanks to store wastewater.

The incineration facility is expected to undergo a final inspection by the government this month.

The five-story facility is fitted with filters to remove radioactive substances. It is scheduled to start operating in March.

Officials say more than 100,000 cubic meters of wood will be incinerated.

Tokyo Electric Power expects the amount of contaminated waste, such as metal and concrete, to increase as the decommissioning work progresses. It plans to cut the volume of such waste to about one-third through reuse and other procedures.

An official of a TEPCO subsidiary in charge of decommissioning, Saito Noriyuki, said the waste must ultimately be disposed of, but there are many challenges. He said the company will manage the waste in a responsible way.