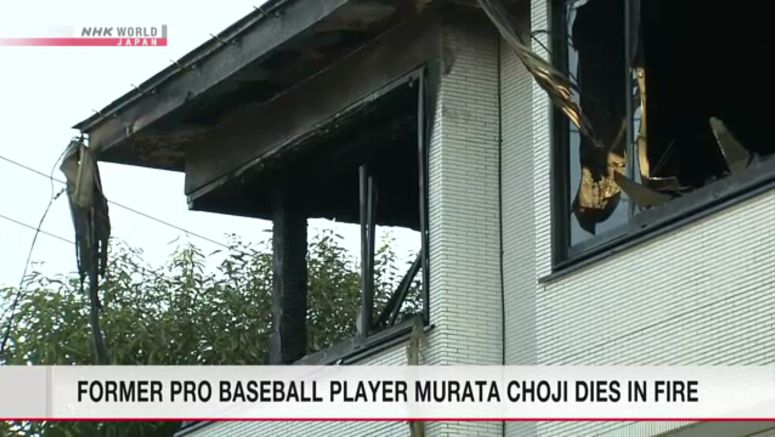 Tokyo police officials say former Japanese professional baseball pitcher and Hall of Famer Murata Choji has died as a result of a fire at his home.

A fire broke out at Murata's house in Tokyo shortly past 3 a.m. on Friday.

The Tokyo Fire Department says the fire has been brought under control. It says the blaze burned a 40-square-meter area.

Tokyo Metropolitan Police officials say Murata was found unconscious in the house and taken to a hospital. They say he later died of carbon monoxide poisoning.

Murata was born in Hiroshima and joined the Tokyo Orions in 1968. The team later became the Lotte Orions.

Murata was known for his distinctive "ax pitching" style. He had 215 wins during his 23-year career as a professional.

He also had 2,363 strikeouts. That figure left him ranked 10th in Japanese professional baseball history.

Murata was inducted into the baseball Hall of Fame in 2005.