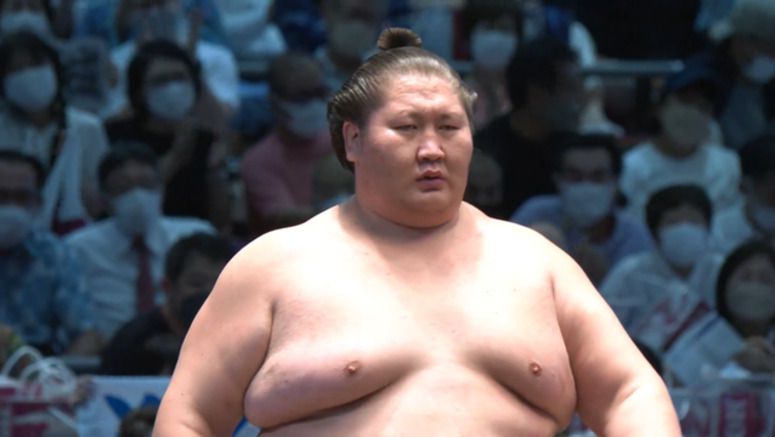 Rank-and-filer Ichinojo won his first title on Sunday at the Nagoya Grand Sumo Tournament with 12 wins and three losses.

Ichinojo and Yokozuna Grand Champion Terunofuji were tied with 11 wins before the final day.

Ichinojo beat Ura on the final day, while Terunofuji lost to Ozeki Champion Takakeisho in the final bout.

Ichinojo became the first wrestler from the Hiramaku group, the lowest of the five ranks in the top Makunouchi division, to win a championship since Daieisho at the January 2021 tournament.

Ichinojo also became the eighth Mongolian-born wrestler from the Makunouchi division to win a title.

He did not take part in the last tournament because of a coronavirus infection.

Ichinojo maintained his style of pushing while grabbing his opponent's belt with his left hand throughout the tournament, and beat Terunofuji on the fifth day.