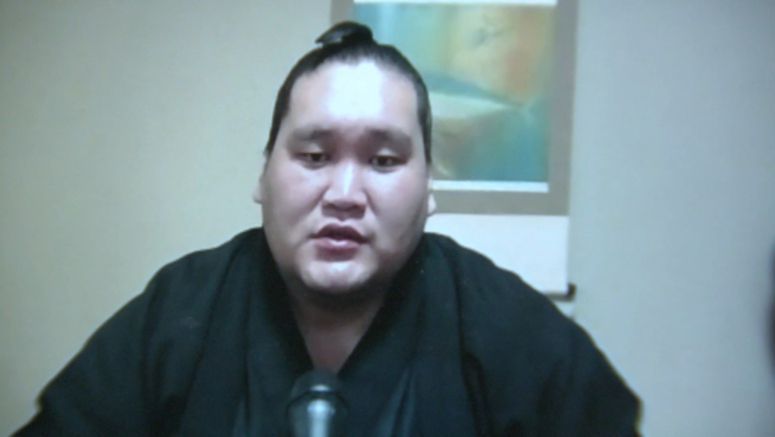 The latest sumo rankings were released on Monday ahead of the Autumn Grand Sumo Tournament, which opens on September 13 in Tokyo.

Daieisho, who recorded 11 wins and four losses as a Komusubi wrestler in the previous tournament, has been promoted to Sekiwake, the third highest rank.

With his promotion, there will be three Sekiwake wrestlers in a tournament for the first time in three years.

The other Sekiwakes -- Shodai and Mitakeumi -- both also won 11 bouts in the July tournament. Attention is focused on whether they will be able to take enough wins for a chance of promotion to the second highest rank of Ozeki.

Terunofuji, a former Ozeki champion who won the Emperor's Cup for the first time in about five years in the July tournament, has been promoted to top Maegashira.

Asanoyama, who won 12 bouts in the previous tournament as a new Ozeki, will take the prestigious east slot for the first time.