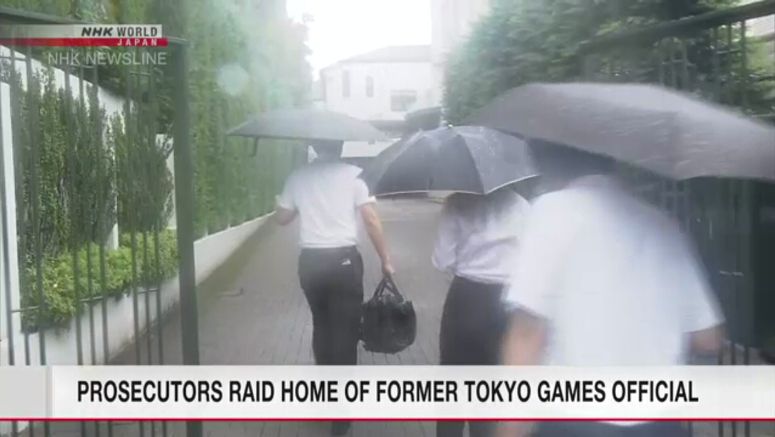 Tokyo prosecutors have raided the home of a former executive of the Tokyo Olympic and Paralympic organizing committee suspected of receiving a lucrative consulting fee from a sponsor.

The prosecutors searched Takahashi Haruyuki's residence, the headquarters of Tokyo-based advertising agency Dentsu, and other sites on Tuesday.

Takahashi is a former senior managing director at Dentsu, which was involved in selecting major business suit retailer Aoki Holdings as a Games sponsor. He heads a Tokyo-based company that signed a consulting contract worth hundreds of thousands of dollars with Aoki Holdings.

Aoki's former chairman and founder, Aoki Hironori, has confirmed to prosecutors in voluntary questioning that his company paid the funds. He was also quoted as saying that he believed Takahashi had influence as a committee executive.

Aoki Holdings signed a sponsorship agreement with the organizing committee in 2018 and marketed suits and other items with Olympic emblems as officially licensed products.

Members of Tokyo's organizing committee are forbidden by law from accepting money or gifts related to their duties. The prosecutors plan to analyze the confiscated material to track the flow of funds.

Takahashi has told NHK that he merely signed an ordinary business contract as a sports consultant and has never doled out favors related to the Games.

Aoki Holdings said it will cooperate fully with investigators.